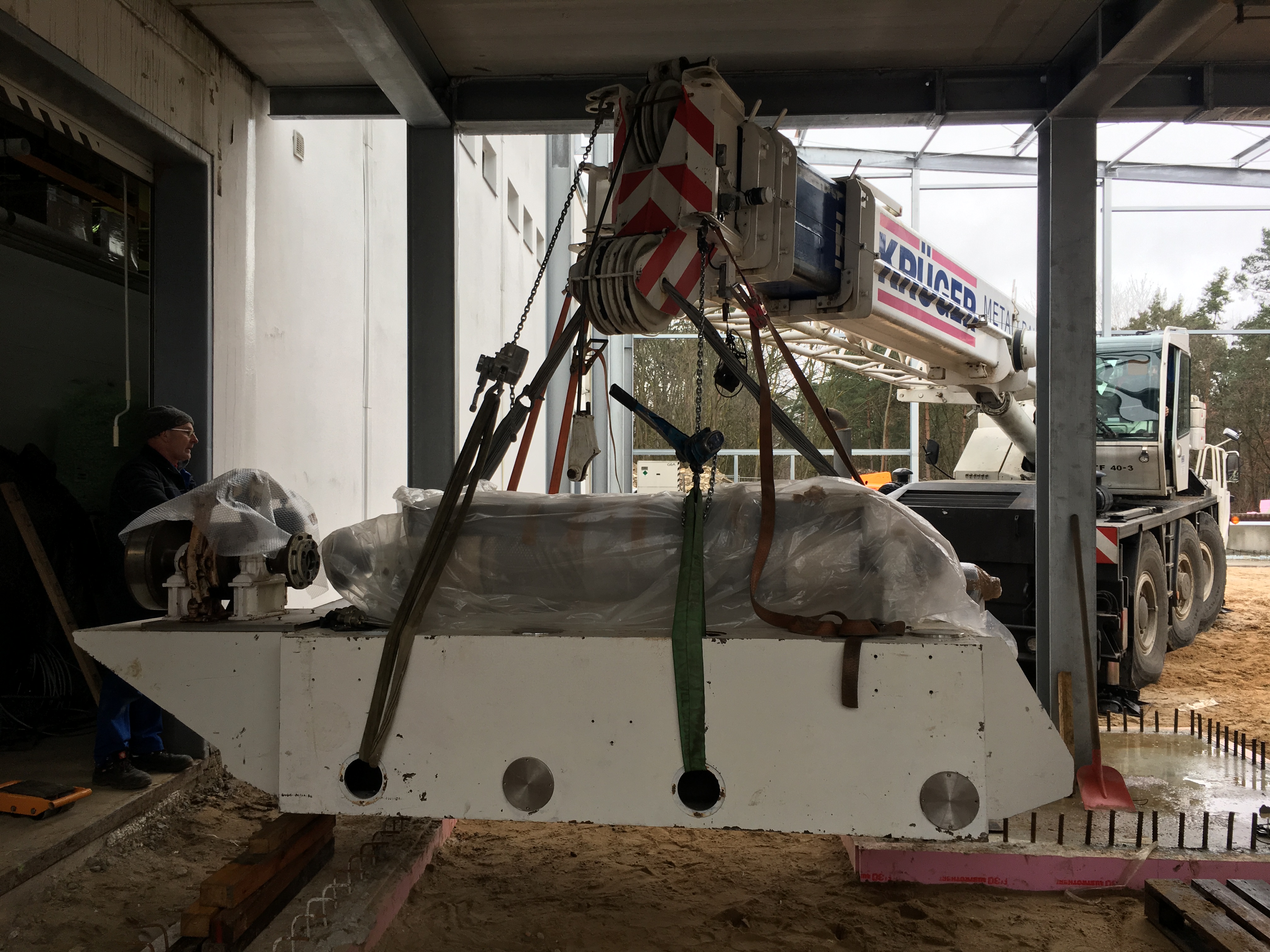 Today the 5,5 t heavy Agfa-Leverkusen coating table was moved out of the old building into the new coating machine. We actually had to build an iron double-t-carrier to move it out of the door before the crane could grap it. Later it was lifted with a 100t crane to the second level where it is “parked” until the coating stand is assembled (also see this post). The coating head with its more than 5 tons will then rest on 4 rubber dampers to eliminate any kind of a vibration from the environment or the rest of the factory/machine so the coating head is absolutely steady. While we had the crane we also lifted the coating kettles in position which will feed the hopper.

After this the wall between the new storage and the coating machine was closed. Now one can see more clearly where the machine will be located inbetween all the steel. The platform right before the wall is for the ventilators and the coating solution prep. room. The machine itself will be three stories high and placed in the “hole” before this platform where no concrete ceiling has been built. 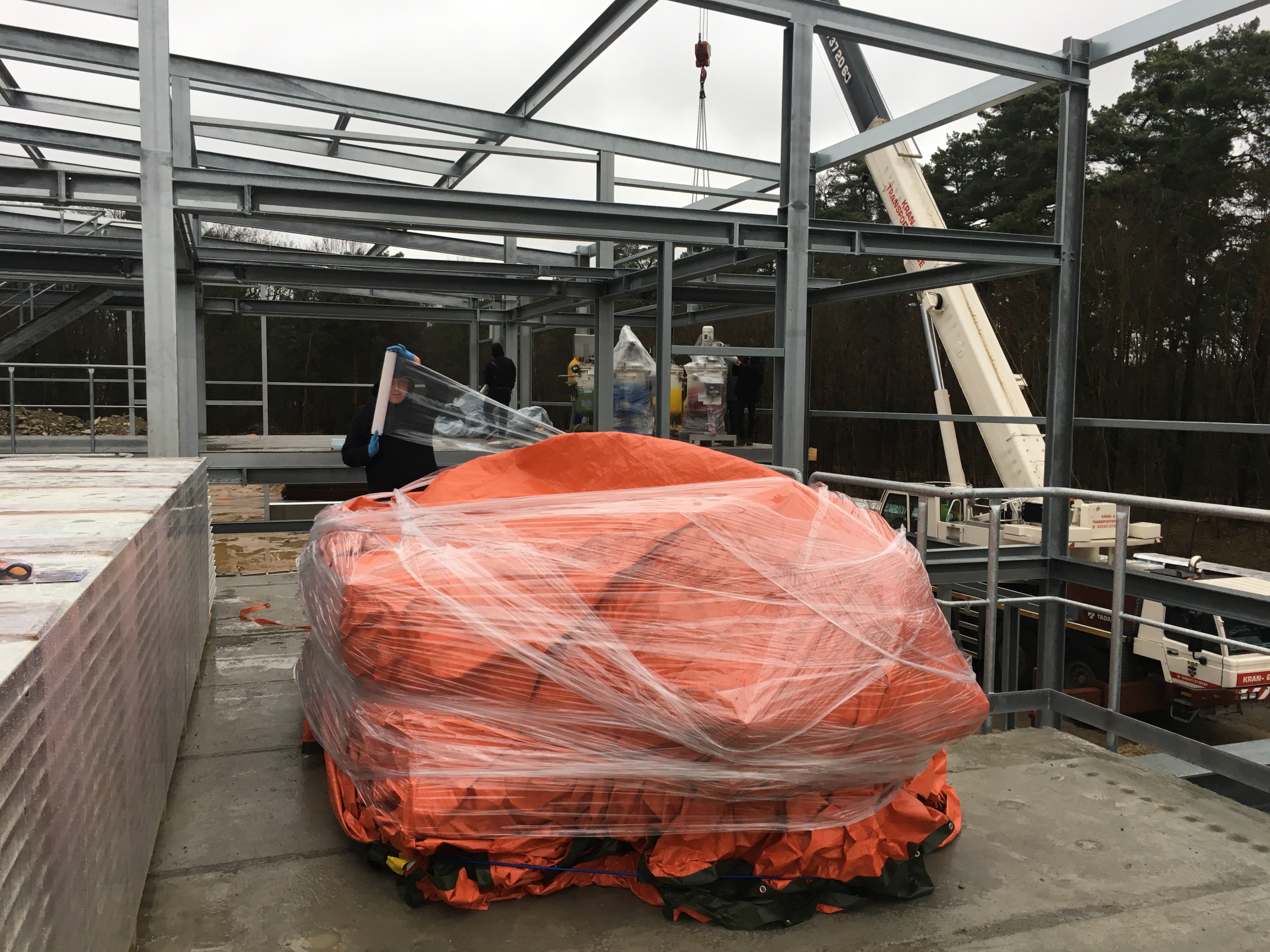 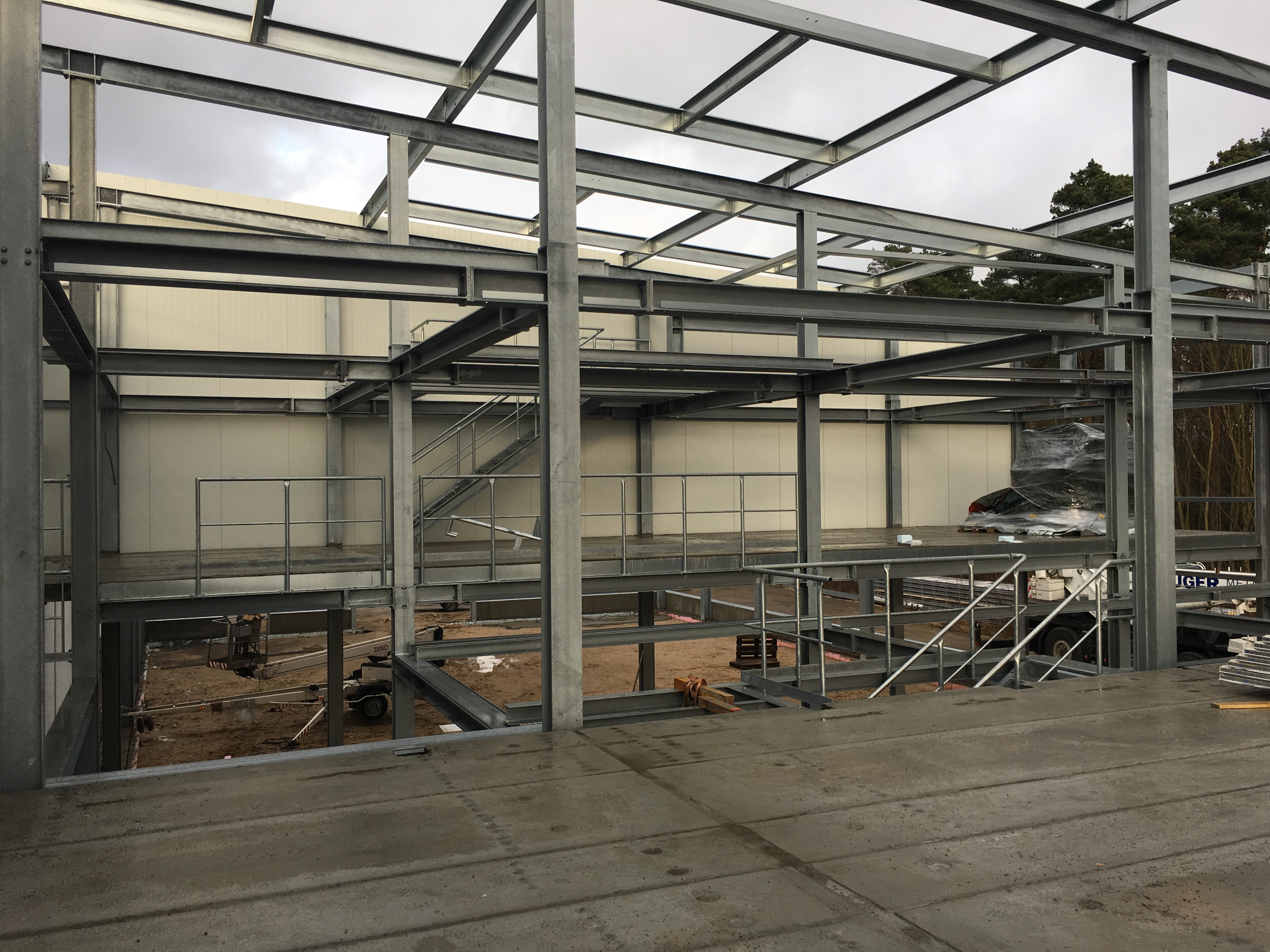