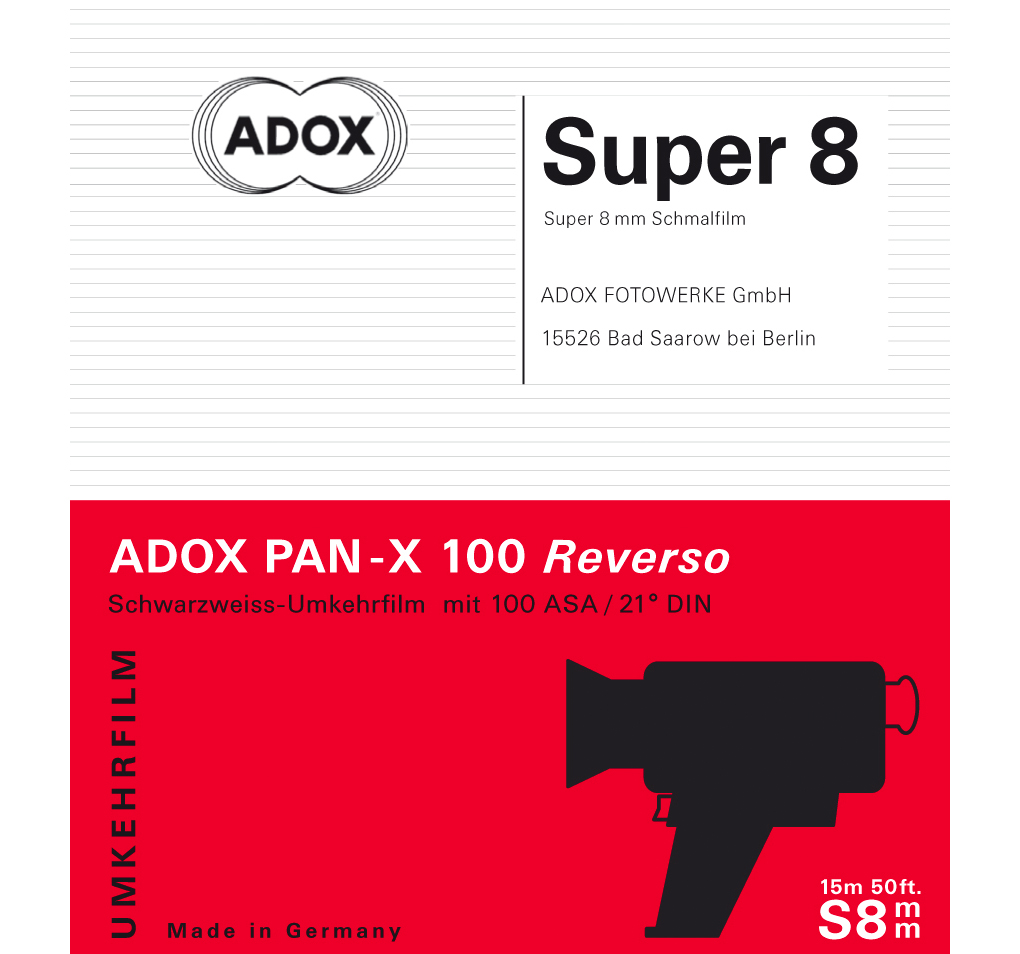 This material is currently unavailable. More informations can be found here.

ADOX PAN-X Reverso Super8 is a true reversal B&W film which can be run in any Super8 projector right after developing.
It is our alternative for those seeking a replacement for the discontinued Kodak Plus-X.

We gave PAN-X Reverso everything a Super8 reversal film could possibly get:

• A forgiving, silver rhich emulsion which does not block off in the highlights and features full shadow detail if exposed to 100 ASA.
• A DMAX of above 3,0 (depending on the developer used).

• An anti halation layer between the base and the emulsion yielding crisp images and finest details even at high magnification factors.
• A clear triacetate base for brilliant projection.

PAN-X Reverso is perforated on an 2011 entirely refurbished German made precision-step-perforator which punches 4 holes, advances the film, positions the last 4 holes with catching pins and then repunches again with an accuracy of 2/100mm over the row of 8 holes.

This accuracy sets a new standard in Super8 and your frames stay steady as a rock.

Our film cassette is using a plane pressure plate for exact positioning of the film.

15 meters of Super8 film for about 3 minutes and 20 seconds of fun.

Expose to 64 or 100 ASA and adjust the developing time acordingly. Best results can be obtained with 64 ASA.

Notching of the cassette: 100 ASA Tungsten

As with all Super8 Black & White films the cartridge is notched to tungsten. Super8 Cameras shall always be set to tungsten lighting when exposing Black & White materials (if manual settings are used select the little lightbulb symbol and not the sunshine symbol even when shooting in the sun).

Super8 film was originally introduced as tungesten balanced only and daylight is compensated with an orange filter. The filter decreases the film speed and thus shall not be used with black and white materials!