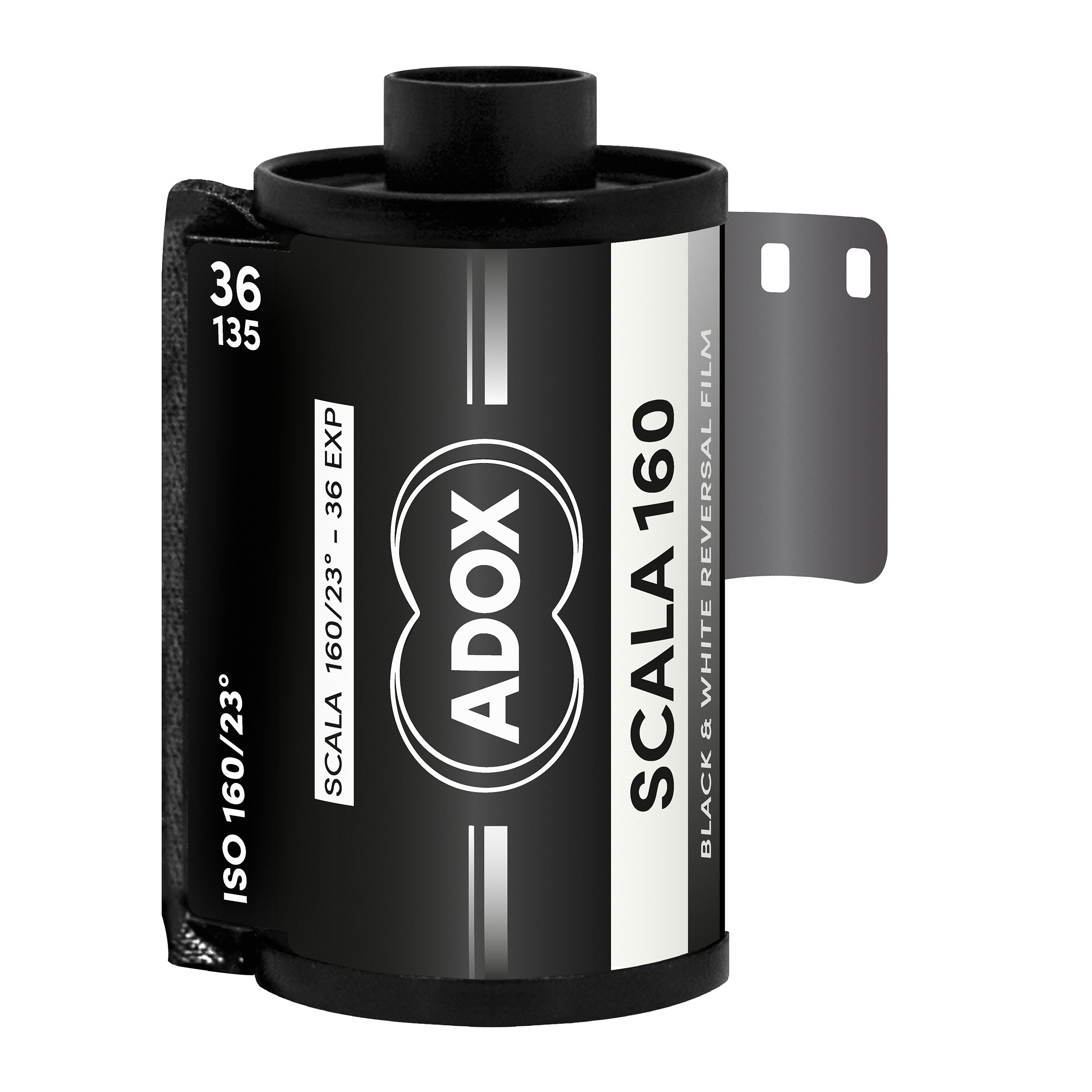 If Scala is reversal porcessed optimal exposure shall be set to 160 ASA.

SCALA is coated onto a clear triacetate base and features an increased silver content (in comparison to a negative film) thus it yields a DMAX of 3,6 and higher (depending on the reversal process used).

SCALA has an anti halation layer inbetween the emulsion and the base for optimal scharpness and detail contrast.

DX-Coding: Because ADOX films do not have a DX code please set the cameras lighmeter manually to 160 ASA.

SCALA is practically APX 100 with a slightly finer grain and lower speed plus an increased silver content, the clear base and the AHU. In the reversal process it´s speed raises to 160 ASA. Shot to a negative it shall be exposed to 80-100 ASA (see ADOX Silvermax).

Apart from sending the film to a lab you can use any standard b/w reversel processing Kit (NOT E6).