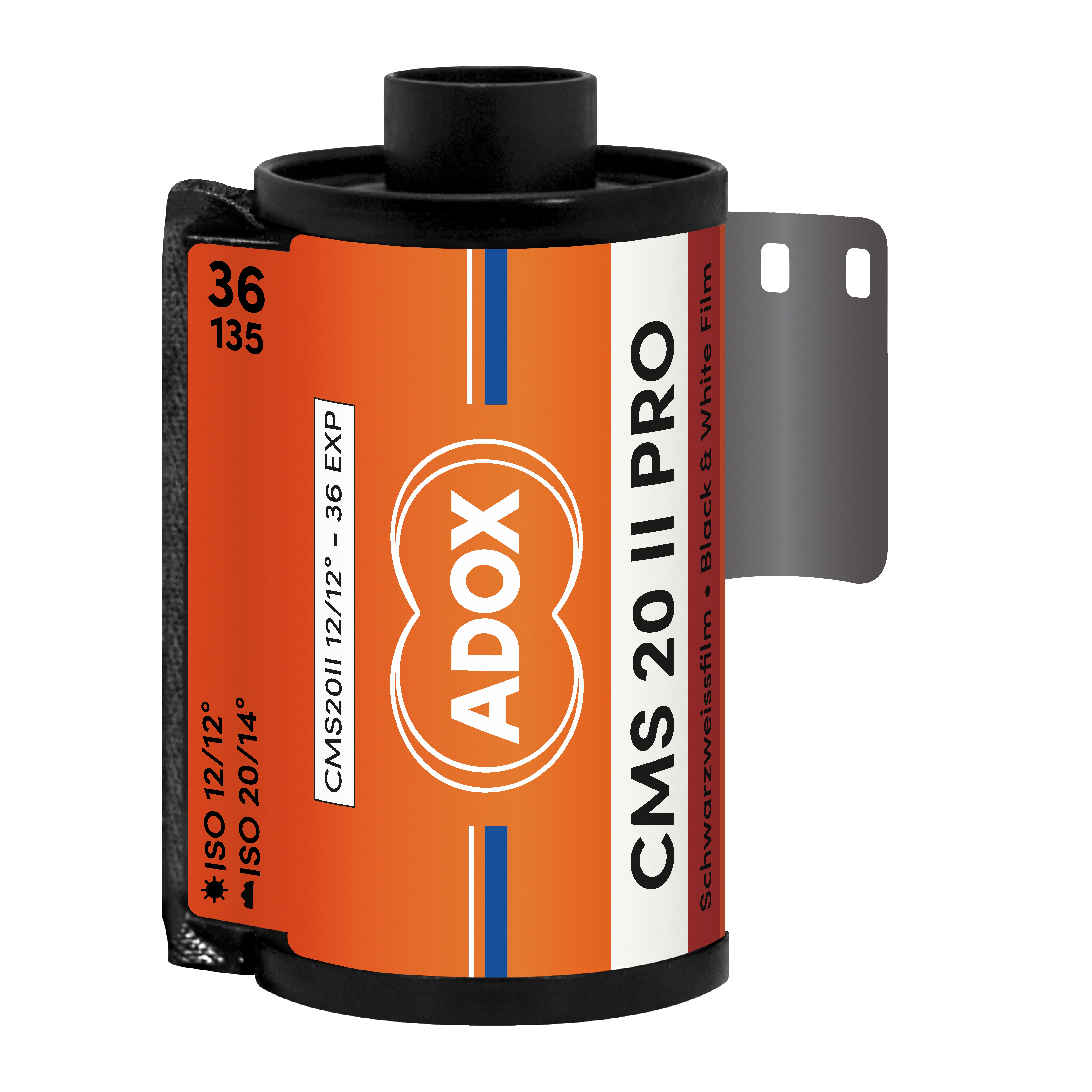 The sharpest, most fine grained and highest resolving image recording system in the world.
Perfectly matched for each other: ADOX CMS 20 II film plus ADOTECH developer.
This film cannot be developed in regular developers!

Update: We have received very nice 35mm CMS 20 II b&w slides processed at Studio13 in Stuttgart in the Scala Reversal-Process.

There are some details missing in the shadows and the contrast is on the upper side but they look OK and the resolution is stunning in the projection. Thus we recomend this process for low contrast scenes or active contrast control during the take e.g. with the use of a reflector in portrait photography. The ISO recomendation is 16/13°.

A very nice CMS 20 35mm image scanned to 8000DPI and sent in by our customer Sultan Al-Assiri developed in ADOTECH reached us in Febrruary 2015:

No other film is sharper, no other film is more finegrained, no other film resolves more lines per mm (up to 800 l /mm).
If used in pictorial photography the film achieves 20 ASA of usable speed in ADOTECH developer. If used for high contrast purposes the usable speed increases to 80 ASA. If developed in non dedicated low contrast developers (HC 110, cafenol etc) it can be exposed at 3-6 ASA.
However we do not recommend using a different developer and we cannot guarantee for the results.
The film developer combination CMS 20 plus ADOTECH has been brought to perfection in years of research.

The film achieves grain free enlargements of up to 2,5 meters diagonally. This equals mathematical about 500 Megapixels. 12 Megapixel, which is today’s standard in high end digital cameras equals 2,4% of 500 Megapixel. This just as a little comparison on the side….
The special monodisperse ultra high resolution emulsion of the film makes it possible.
The AHU anti halation layer in between emulsion and base material guarantees sharpness yet preventing any halation effect.
ADOTECH developer brings perfect halftones and increases the speed to 20 ASA and creates images no one would possibly believe to have been made with a 35mm camera.
ADOX CMS 20 has an orthopanchromatic sensitization which differentiates perfectly between colors. The CMS „sees it all“. No green filter is necessary in portrait photography.
The film´s base is totally transparent making it theoretically possible to reverse it and use it as an ultrahighresolution slide film with extreme projecting possibilities.
In order to do so you need to combine a reversal process with adotech as a first developer.

Once you shot this film you never want to use anything with less capabilities unless you have too.

Think you can´t shoot at 20 ASA?
Let us explain this to you:
If you want high resolution pictures you need to open your lens aperture to one stop below maximum opening. Otherwise the lens defraction will lower your lens’ resolution down to half of what this film can capture. Best lenses are F1,4 high speed high quality lenses like Nikkors, Summiluxes, Zeiss, Rokkors or Canon lenses.
This puts you effectively to between F2 and F4.

Any normal winter day 2 hours after sunrise and up to two hours before sunset will give you something like a 125th or a 250th of a second at F 3,5.
Therefore the film can be used under almost any condition where it makes sense to use it because there is actually something to see.
More speed would force you to stop down too much on a sunny day, letting slip what your lens can actually achieve.
In bad light conditions the film makes no sense because you barely see something so you might as well use a lower resolving film to capture this.
Basically, you can shoot everyday with this film unless the sun is gone or behind heavy clouds or you want to shoot indors without a flash.
All CMS images in the catalogue and on the ADOX webiste (www.adox.de) are shot free hand at F2,8 with a 35mm or a 50mm lens.