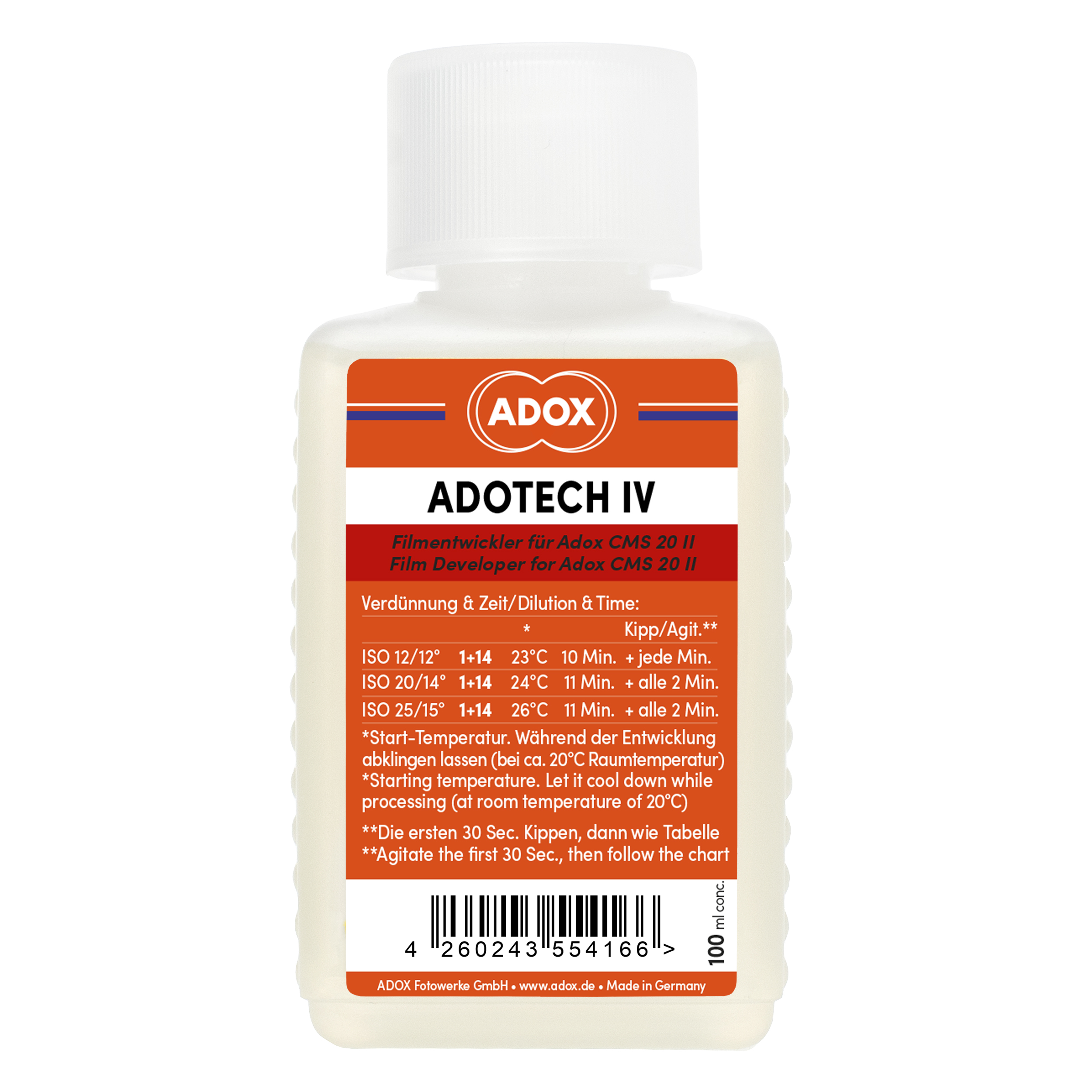 With this special developer you can create perfect halftones with the CMS 20 ultra high resolution film.

The film has a low grain size distribution (which makes it so high in resolution) which limits the options to modulate the curve with the emulsions.

Therefore the developer used is especially important. You can develop CMS 20 in any developer and you will “see something” but it will not be a “straight” curve and your shaddow details will be lost.

Within limits you can overexpose & underdevelop the film to lower the gradient of the middle part of the curve but your lights will still blow and the lower midtones will hang.

There is only one developer which is perfectly formulated to give the optimum result for this film and this is ADOTECH. Its has cost nearly a mans entire life´s work to bring this imaging system to such perfection.

With ADOTECH you can expect:

All from a film which is so high in resolution that the above is actually hard to believe.

Just shoot and develop as indicated and you won´t trust your eyes when you look at the images under the microscope. This imaging system beats it all. No digital camera comes even close.